Believe it or not, mini pigs provide an important model for studying sleep apnea in humans, as a recent study has uncovered. Why? Because mini pigs snore and experience sleep apnea naturally in a way that is very similar to humans.

What Is Sleep Apnea? 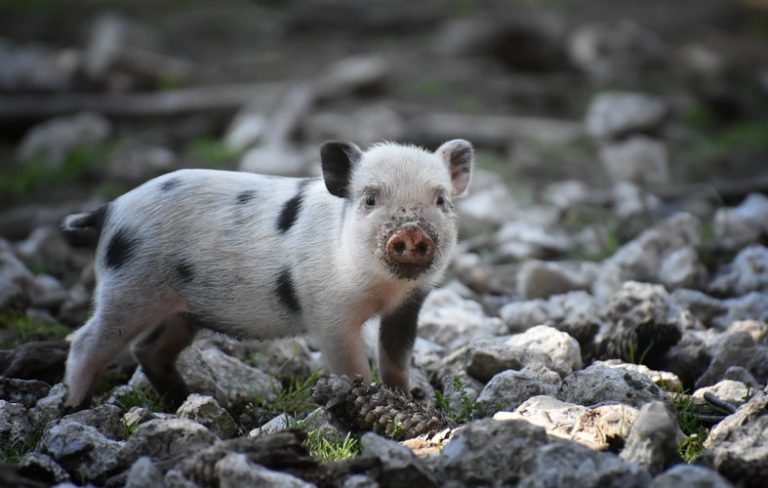 Sleep apnea is a sleep disorder characterized by repeated pauses in breathing. Left untreated, it can have serious health consequences. Symptoms include:

There are three types of sleep apnea:

The study, published in the journal Heliyon in January of this year, was conducted by researchers at the University of Washington. Researchers began studying mini pigs in hopes of gaining insight into the anatomy of humans who experience sleep apnea. Because current treatments are cumbersome and invasive, researchers are hopeful that this study will provide an opportunity to test new options.

For the study, researchers evaluated five Yucatan mini pigs, three that were normal weight and two that were obese. While the pigs may be called “mini,” they still weigh around 100 lbs at a healthy weight. These pigs are the ideal model since they experience sleep apnea naturally, unlike other animals which need to be made to gain weight or have their airways blocked manually in order to experience the condition.

The pigs’ sleep was monitored both during natural sleep and while under sedation. In natural sleep, only the obese pigs experienced sleep apnea – up to 35 episodes per hour. In sedated sleep, both obese pigs and one normal-weight pig experienced episodes.

According to the researchers, this study is a significant step for future sleep apnea studies. However, more needs to be done to understand the mechanisms behind sleep apnea and discover long-term treatment options.

For more information about sleep apnea or to schedule an appointment with a sleep expert, call Camino Ear, Nose & Throat Clinic today.